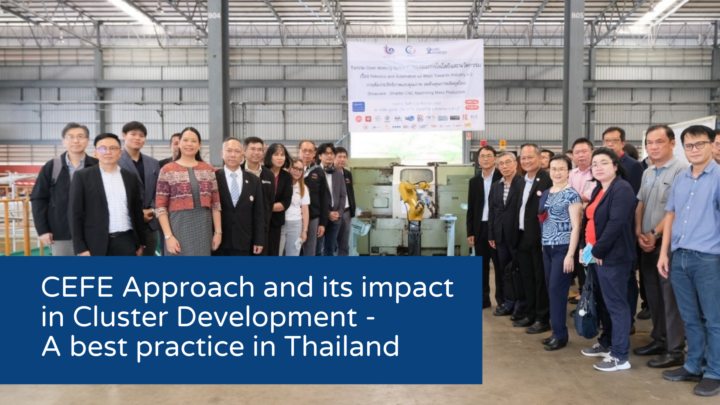 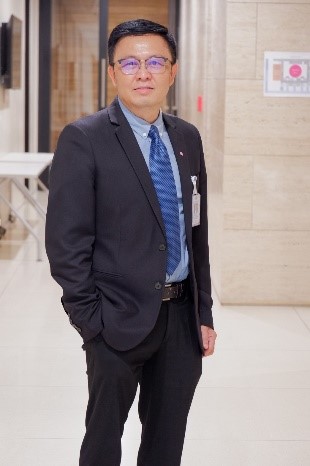 Why is cluster development important in Thailand?

A cluster is concentration of interconnected businesses and related institutions that operate within the same geographic areas or particular sectors. The aim of promoting business clusters is to boost the level of support and cooperation in all facets of the business, both vertical and horizontal, in order to strengthen the industrial value chain, enhancing Thailand’s investment potentials and competitiveness, and expand socioeconomic development to regional and local levels.

Thereafter, there has been a surge of interest in clusters as drivers of economic growth and hubs of innovation. In Thailand, The Department of Industrial Promotion (DIP), Ministry of Industry, which is the main agency responsible for driving the formation and development of clusters. There is operated according to the Memorandum of Understanding (MOU) effective June 10th, 2004 and under the framework of National Committee on Competitive Advantage (NCC). DIP has been initiating and supporting cluster development since 2006. The cluster development policy is intended to enhance the competitiveness and local economic development as well as inclusive growth.

The industrial clustering is widely regarded among many sectors as an important to economic trend of Thai Industrial Sectors. According to Thailand’s Eastern Economic Corridor (EEC) is poised to be the Thailand hub for trade, investment, and regional transportation, alongside being a strategic gateway for SE Asia. The EEC is slated to attract approximately US$46 billion in investments focused on “S-curve” industries – namely, next-generation automotive, aviation and logistics, smart electronics, medical tourism, food, robotics, agriculture, and biotechnology. Thailand has identified these 10 industries, growth of which would ultimately transform them to be a developed nation. The S-curve industries are divided into two categories – S-curve and New S-curve 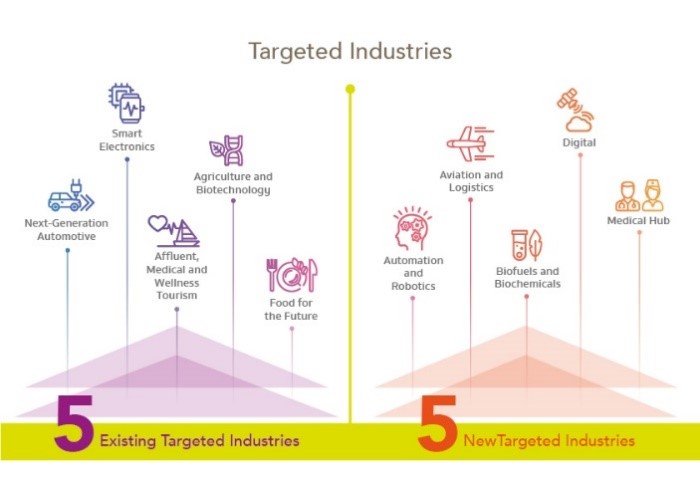 In 2020, Thai CEFistas as Quality Advantage co.,ltd. worked with Department of Industrial Promotion (DIP) , Ministry of industry on the cluster development project , which project is about improving competences and establishing coordination and linkages driven robotics and automation industry. The cluster project initiative is an economic model that is based on innovation, creativity, high-quality services, and new technology. However, the group of interconnected companies, suppliers, service providers and associated institutions in a particular field, linked by externalities of various types, the industrial cluster as economic concentration of manufacturing activities which produce and sell the domain and complementary products and having common problems and opportunities. The stakeholders would participate to setup common goals, share information and knowledge, cooperation research and development. The cluster development process is considered in the key strategies of economic growth and sustainable development. What are the benefits in Thai economies

What are the benefits in Thai economies?

The benefits of establishing cluster as an approach for business improvement, there is strong evidence that forces into cluster brings additional advantages for SMEs. The benefits of clustering in improving SMEs efficiency as summarized as follows:

Phase 4 Implementation of Strategy in Action

The Roles of Actors in Cluster Map

(located in geographical proximity and share many common features) 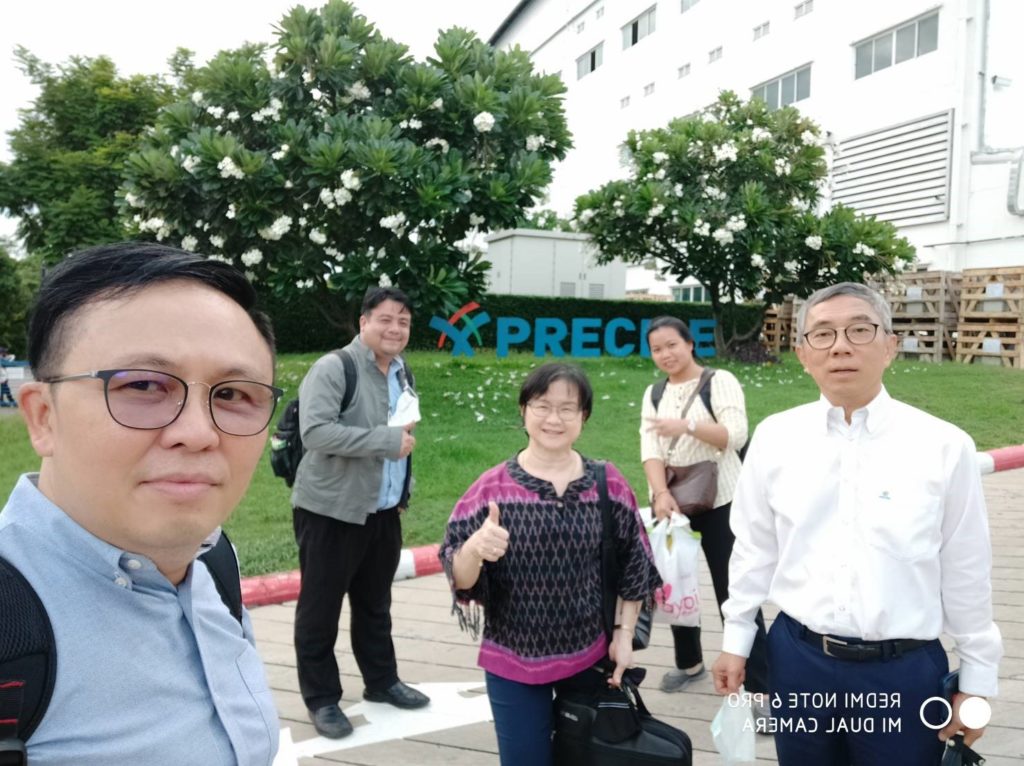 Robotics and Automation Cluster in Thailand

There is a number of services such as competence development, branding and networking that supports by Department of Industrial Promotion and Thai CEFistas . It is done by organizing seminars, workshops, study visits and information events about markets and public policies.
Robotics and Automation Cluster aims to bring together the key stakeholders in cluster map in order to create synergies between its members and promote the exchange of experiences. Robotics and Automation Cluster is designed to be an innovation project, which is the smarter manufacturing toward industry 4.0, that will innovation and collaboration among its members and contribute to the competitiveness of businesses. 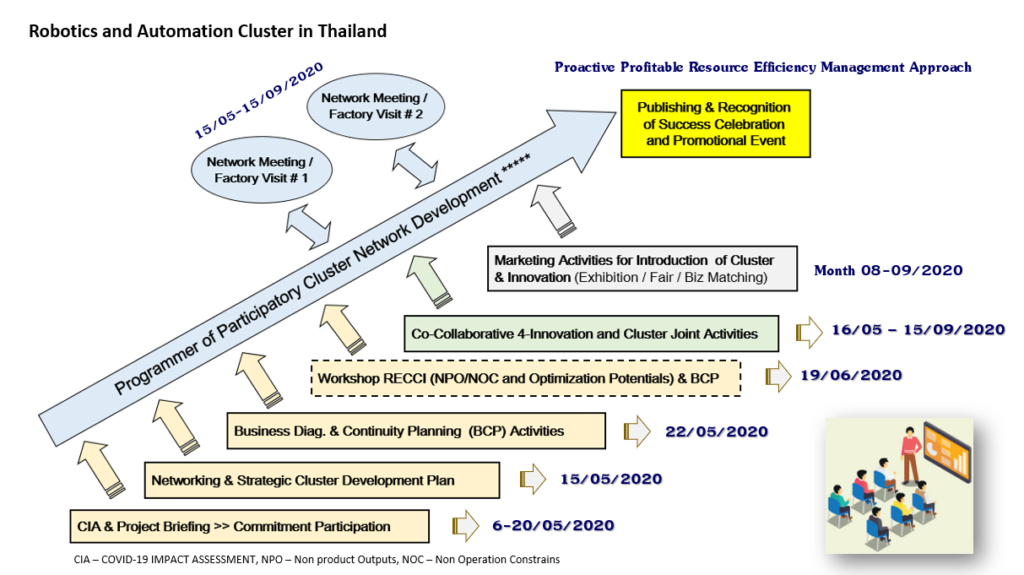 The survey results had been assessed the impact of COVID-19 to business operations of Robotics and Cluster in May 15th 2020 to June 15th 2020. 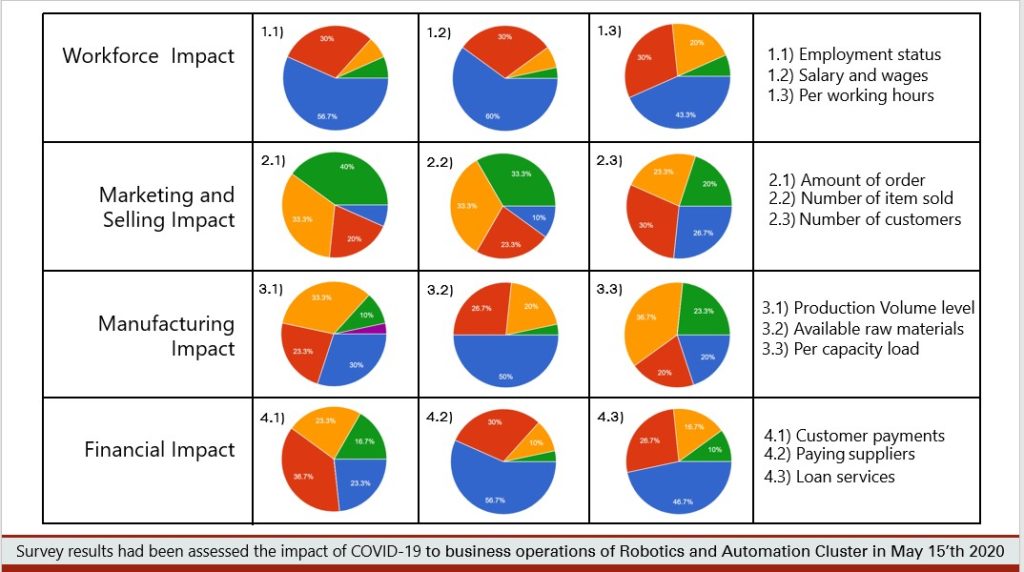 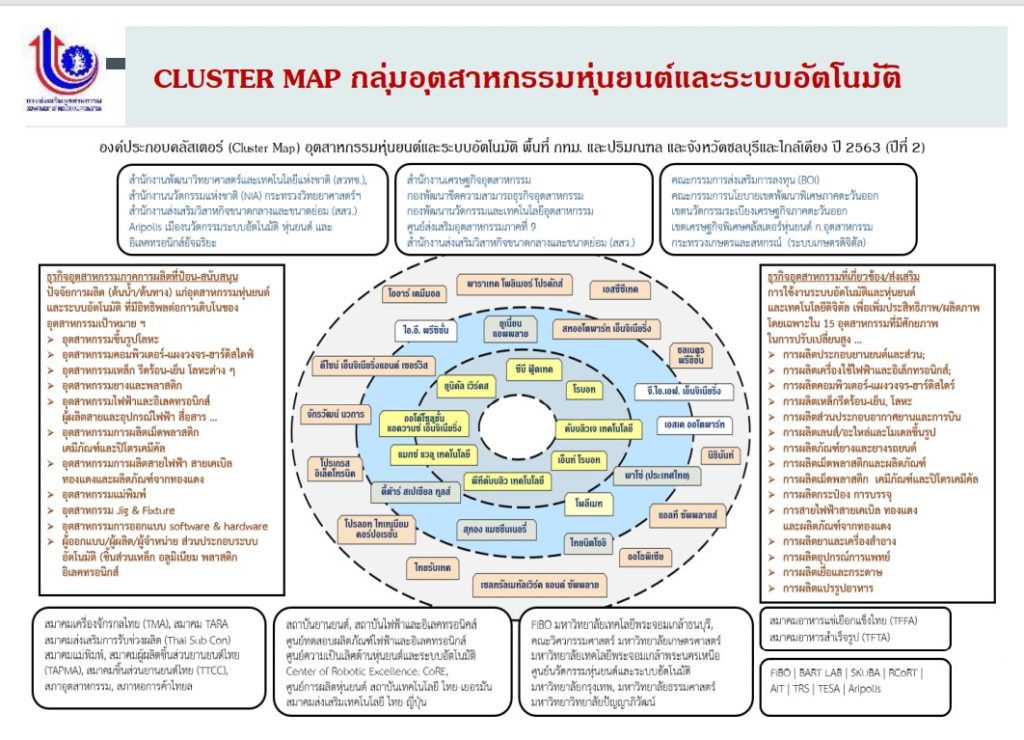 There are several advantages and benefits that can be derived from networks and clusters including obtaining knowledge, trust, economic development, supply pool for raw materials and equipment, specialized labor forces and services, and reduced transaction and production costs.

Thailand’s cluster development concept should differ from the others framework of developed countries. Lacking of a strong networking, Thai clusters requires additional strategies, achieve the targeted goals. The development principles are based on the concept of strengthening a business ecosystem or cluster ecosystem. Building the proper cluster ecosystem develops the opportunities supporting important goals by coordination and linkages towards Idea creation and the development of innovation in cluster.

The cluster development are long-term continuous missions that members must coordinate improve knowledge improvement and funding to do business. Moreover, it will create entrepreneurial mindset and group collaboration for business growth. Cluster-based firms could share different types of resources under formal and informal agreements, mediated by the relationship to speed up development and better than working as a single organization.

The concentration of interconnected businesses as enterprise network, that provide various specialities in order to develop effective solution. It helps reducing the specialist services from outside. The cluster members could develop cooperative ecosystem such as System Integrators (SI); to expand the industry, data collection, demand conditions for industrial sectors that transform manufacturing processes into robots and automation system. 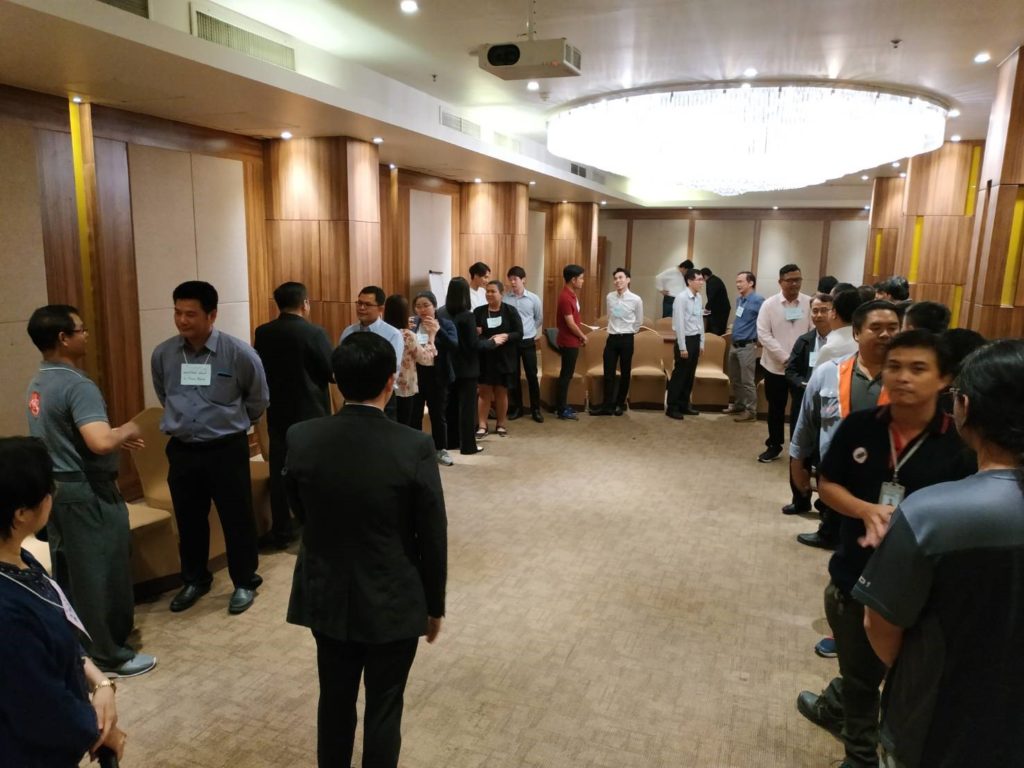 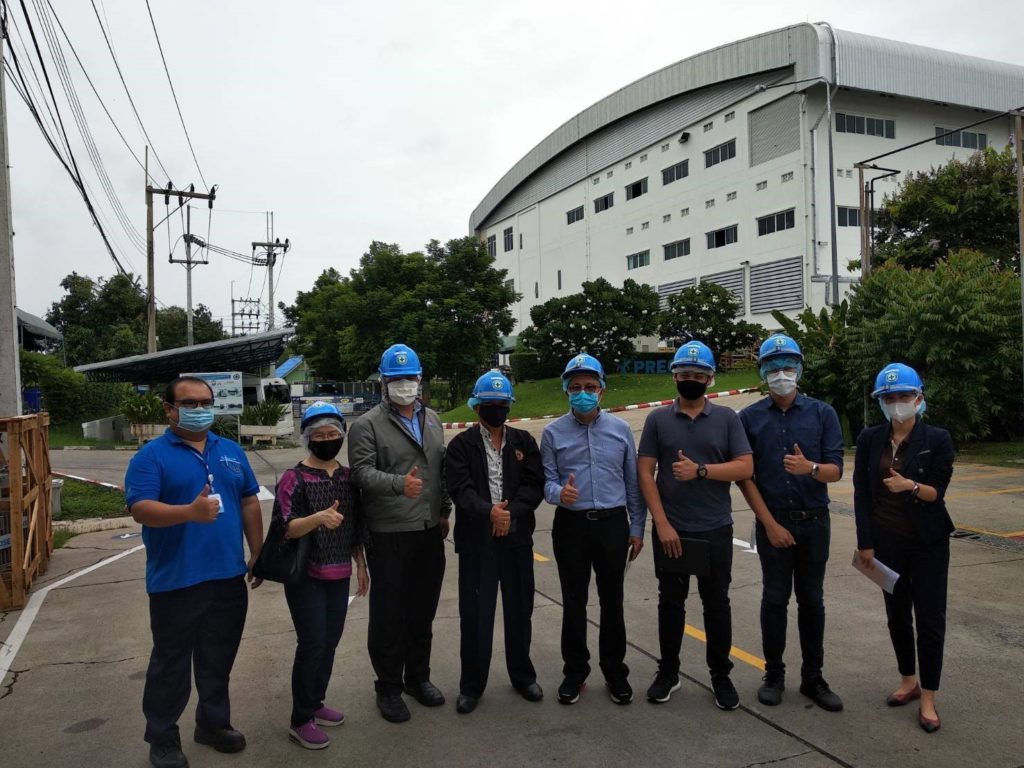 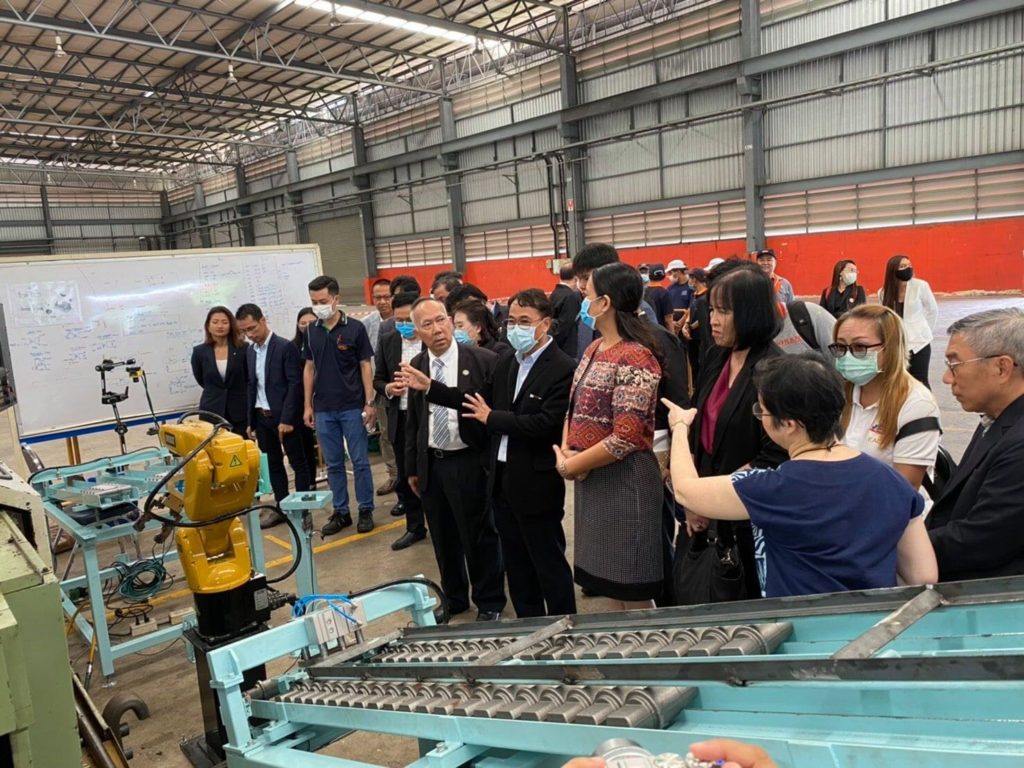 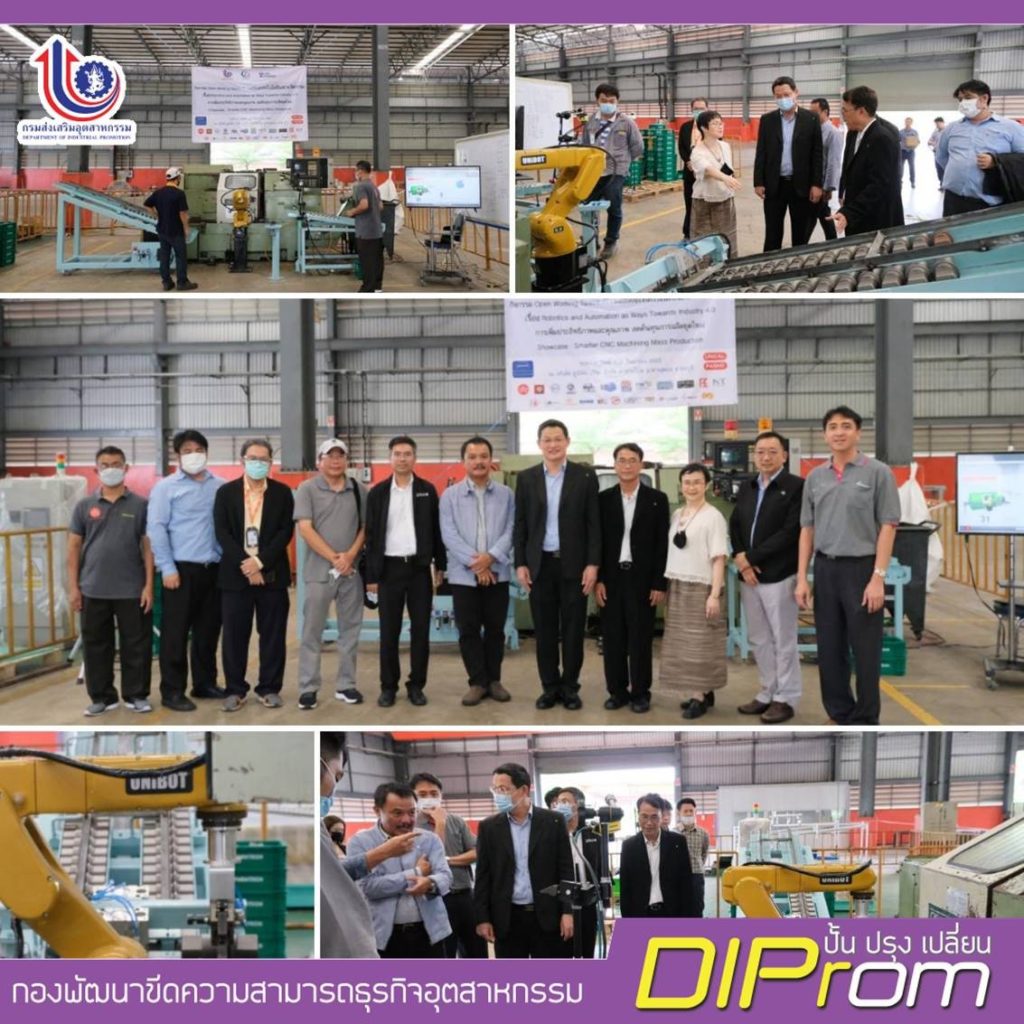 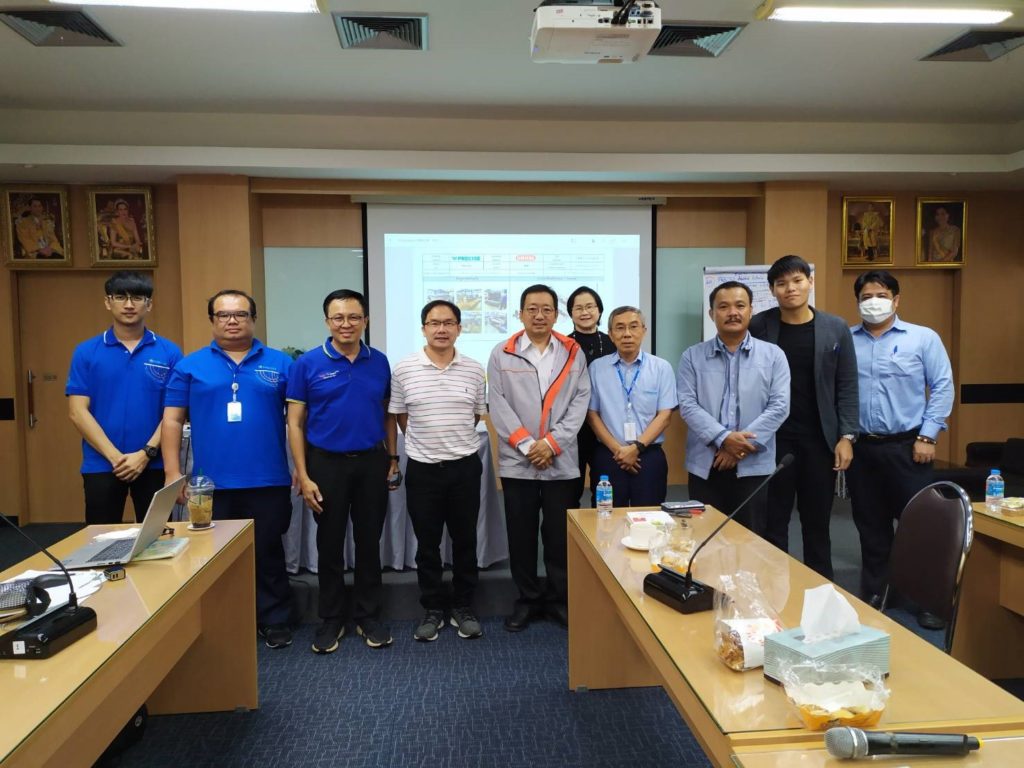